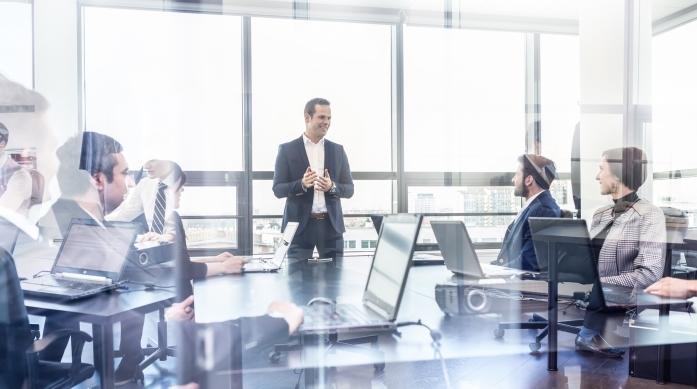 Sometimes, even the best product needs a little help from the team to become a legend.

The Xerox 914 Copier was introduced on live television in 1959 – many years before I arrived at The Big X, where I had the honor of starting my career in selling. The 914 was a singular product, a product Xerox executives knew had the potential to create a revolutionary new industry. It allowed the user to copy a document onto plain paper, without carbons, at the simple touch of a button! By the way, if you’re not old enough to remember what carbon paper was – just take my word for it, this was a revolutionary machine.

Yet the thought of paying $29,500 for a 650-pound machine with a footprint of over 20 square feet didn’t motivate many prospects to buy – at least not at first. The 914’s product launch appeared to have sputtered.

Then, through Xerox’s organizational collaboration and brainstorming to address the issue, a radical idea was born. With the input of senior people in Xerox’s sales, finance, and accounting departments, the decision was made to lease rather than sell 914’s. And in that historic pricing strategy shift, the die was cast.

It wasn’t only the 914’s relatively economical monthly leasing charge of $95, which included 2,000 free copies, that skyrocketed revenues. It was the 4 cents per copy charge above that monthly 2,000 copy allotment that ignited the exponential profitability. And Xerox never would have proposed such a model had it not been for the input from multiple company leaders during brainstorming sessions.

With the benefit of that input, Xerox made a bet on human nature – a bet that people would quickly shift from the pain and inconvenience of dealing with carbon paper and chemically-coated copies to the simplicity and ease of copying on plain paper. And oh, were they right.

The typical 914 customer didn’t just use up his 2,000 free copies. He quickly eclipsed that allotment and produced more than ten times that amount of monthly copies! Every additional crisp, clear image produced on that beautiful bond paper generated that 4 cent charge. Those copies doubled Xerox corporate revenues in just two years. Suddenly, customers found room in their offices for 10,000 of those huge machines! The rest, as they say, is history.

Joe Wilson, Xerox’s legendary VP of Sales and one of the key architects of the historic, risk-taking shift in strategy, referred to the visionary pricing change as “the best decision we ever made.” Fortune magazine looked back years later and called the 914 “the most successful American product in history measured by ROI.”

The lesson: Be sure to do what Wilson did. Consider all aspects of your business model in crafting solutions for your enterprise prospects and customers… and don’t be afraid to gather the whole team, not just the sales team, when it’s time to generate good ideas. Collaboration is king!

Improve your sales process and close more deals. Get your FREE copy today >

Video: Sandler Rule #46: There Is No Such Thing as a Good Try

Sales Training and Golf: A Lesson in Repetition