May 10, 2018 by Hamish Knox in Professional Development 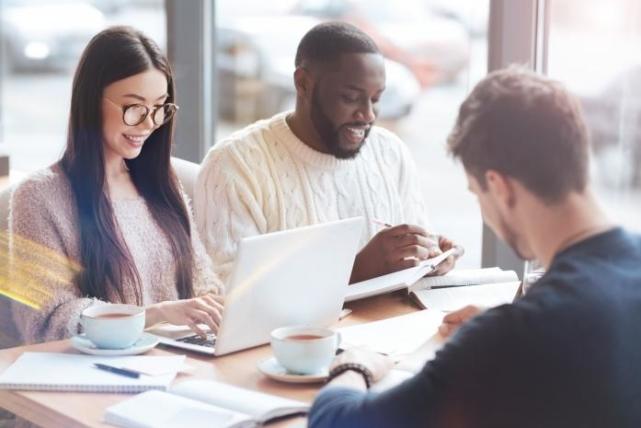 You’ve experienced a “donkey moment” during an argument. The other person metaphorically digs in their heels, they physically lean back and probably cross their arms. These moments are wimp junctions. Wimp out and your conflict likely escalates to a lose-lose ending. Take the “un-wimpy” path and your conflict deescalates with greater possibilities of a win-win resolution.

Donkey moments can also be recognized when the other party delivers an ultimatum (e.g. give me a raise to $65,000/year or I walk!”) or uses an absolute like “never” or “always” (e.g. “you always exclude me from pitch meetings.”).

Getting past donkey moments starts by shifting your attitude from “win” (the argument) to “learn” (what is causing the other person to dig in). Case in point – the new leader of a production team received major pushback from their designer when they rolled out changes to the production process to improve efficiency. After some coaching they shifted their attitude to “learn” and discovered that their designer believed the new changes would make them irrelevant because they felt “efficiency” was more important than “design.”

When you encounter a donkey moment use it as a trigger to shift your behavior to asking questions. You may have been monologuing, which prompted the other person to drop an ultimatum. David Sandler’s “Rule of 3 Plus,” is critical when you shift your behavior. The rule states that it “typically takes three or more questions to get to the truth,” which is particularly true during interpersonal conflict.

From a technique perspective, first it’s important to get permission to ask the other part questions “to understand their perspective” or they may feel like you’re interrogating them.

With permission granted first get to the “why” of their ultimatum/absolute (e.g. “why did you ask for $65,000?”). Because “why” can cause a negative reaction another way to reach the same mountain top is to use “what” (e.g. “what do you mean ‘always excludes from pitch meetings.’”)

Build your questions off of the other person’s responses, as the Sandler Rule goes “they can’t argue with their own data;” however, a good second step question takes the conflict out of the room and into the future by asking “what happens if” (e.g. what happens if I can’t get you to $65,000 in one step?”). This type of question has two positive benefits. First, it lowers tension in the room because you’re addressing the future instead of the present conflict. Second, it engages the other person’s pre-frontal cortex, seat of higher level thinking, and reduces activity in the amygdala, which controls the “fight-freeze-flight” response.

Another question that will get you to the true reason for the other person digging in their heels is “is it really?” which my wife gently asks if I overreact to a question about taking out the garbage or doing the dishes (e.g. “is it really $65,000/year you want or is it something else?”). No matter their response to that closed ended question your next question is a soft, gentle “why” which causes them to continue sharing information.

A solid closer question when managing conflict is “how do we move forward?” The “how” part of your question causes the other person to stop and think. Also, by asking them “how” they take ownership of the ultimate resolution again because it’s their data.

Managing conflict, especially when you have a donkey moment to address, isn’t a linear process. With small shifts in attitude and behavior and gentle application of technique you’re less likely to wear yourself and the other person out with a game of mental tug-of-war.

Check out this blog post to learn more about how to deal with interpersonal conflict!

Every manager has the ability to be a great coach. Avoid these unproductive patterns as you commit to empowering your sales team. Get your FREE copy today >

Hamish Knox is a Sandler trainer and the president of an authorized Sandler training center located in Calgary, Alberta, Canada.
Share this article:

How to Lower Stress in Sales

Sales Pros Have to Practice, Too