How to Live a Drama-Free Sales Career 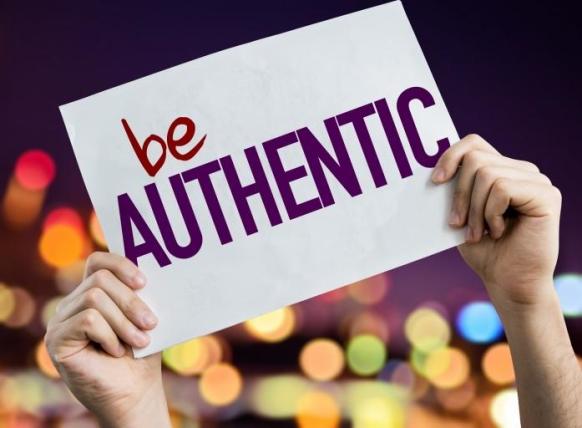 This article discusses concepts and strategies from our No Guts, No Gain assertiveness program. This self-study program was designed from David Sandler’s teachings on goal-setting, getting tough, and avoiding game and powerplays.

A Lesson in Authenticity

The ‘drama triangle’ is a social model developed by Stephen Karpman, a student under Eric Bern – the father of the Transactional Analysis theory. Karpman’s ‘drama triangle’ postulates that in many given situations, someone will most likely feel resentful, hard-done-by, or feel they have good reason to be vengeful. Ego thrives on drama. Adopt any one of the positions in the drama triangle, Persecutor, Victim, or Rescuer, and your ego is truly hooked into playing the game.

Bruce Lee was once asked, “What’s the best way to avoid a punch?” His reply was breathtakingly simple but unexpected – “Be somewhere else!” ‘Somewhere else’ for a salesperson is called the Winner’s Triangle, with the positions of Vulnerable, Caring, or Assertive. It was published in 1990 by Acey Choy as a therapeutic model to avoid drama.

Vulnerability is a place of courage. You put yourself in danger of being hurt and yet, you do it anyway. That takes strength. It requires you to let go of your ego. Instead of being aggressive or persecuting, you are assertive. Instead of blaming or judging, you establish clear boundaries and expectations, you draw a line and make it clear what is and what is not acceptable. Instead of playing the role of rescuer, helping others without setting boundaries or receiving permission, you take on the role of being nurturing and empathic. In this role you validate the other person’s identity (who they are), and help them stay whole and intact psychologically. You may not agree with the other person, but you avoid attacking, belittling, or otherwise disempowering them. You accept them for who they are and leave it at that.

Aren’t we wiser staying authentic, keeping out of the fight, and working towards a win-win or no deal outcome than trying to prove we are right, score points, or let our ego get dragged into a losing battle? Unless it’s good for you and it’s good for me, we don’t engage. Instead, we feel the trap of the game, and we call it out, nurturing.

With all that risk, why would we do this?

Sure, we risk being disliked, told “no”, even being ridiculed, but it is the right thing to do because it is honest and authentic. If we make the unpopular choice, we risk not being liked. We risk “losing” the sale by telling the unvarnished truth or by raising the objection before the prospect does. If we are more negative than the prospect about our sales proposition, we might push them away.

Some salespeople wouldn’t ever consider telling prospects the negative features about their offering - highest price, fewer features and benefits, limited track record, no experience in their sector. But what are they afraid of? Afraid the prospect might tell you “no thanks” at this point? If so, what’s going to happen later? If the prospect waits three months to tell you that these issues are deal breakers, after you’ve invested scores of hours pursuing the opportunity, wouldn’t it have been better for both sides if you’d raised these concerns during the initial conversation instead? Wouldn’t you have established greater trust and credibility by being honest up front, rather than hiding your shortcomings and unfavorable sides, hoping they never came up? What if the prospect had committed to buy from you, only to have these issues rear their heads later, wouldn’t the prospect maybe feel manipulated or cheated?

When we interview salespeople for a job, we like to ask, “When is it OK to lie to your prospect?” Any response other than “never” is immediate grounds for ending the interview. Remember, once you have been caught in a lie, trust is broken.

“I'm not upset that you lied to me. I'm upset that from now on I can't believe you.” Friedrich Nietzsche

Salespeople are so often emotionally attached to the outcome of every sale because they need each sale. Successful salespeople create the conditions, so they have no need to be attached to the outcome of any single sale. By spending their time fruitfully prospecting, a little and often, to make sure they have 300-500% more prospects in their sales funnel than they need to hit their target, no single sale matters so much that they will give away their power and end up in the Drama Triangle. They are never forced to abdicate control over the sales process or fall into the free consulting or discounting traps of the Victim salesperson mindset.

If you are operating from a position of authenticity and strength and you have enough in your sales pipeline to be able to give or get a “no” on any deal, you can plant your feet (assertive). You can fall back and even risk telling disarming truths (vulnerable), while keeping the other person’s identity intact and never needing to be the smartest person in the room (nurturing/empathic), without fear of retribution or consequence. To operate from this place requires character and courage, it requires discipline and an unerringly strong self-concept and self-esteem.

“Do the right thing. It will gratify some people and astonish the rest.” - Mark Twain

In a world full of lies, deceit, duplicity, selfish self-interest, your honesty, selfless selling, and candor will stand out. Always remember that you differentiate in how you sell not what you sell. If your competition is doing it, do the opposite. Never look, act or sound like a salesperson when the typical salesperson is not someone your prospects trust.

It takes great courage to get out of the way in sales process, to make yourself irrelevant, and to steer clear of trying to convince your prospect to buy from you. It requires you to operate from your integrated Adult and positive Nurturing Parent ego states and to be curious by operating out of your Natural Child.

Operating from the Drama Triangle means you are coming from the place of a Victim and begging for someone to buy from you, or you are trying to be Rescuer, who swoops in to save the day. Either position is encouraging your prospects to react in the Drama Triangle. Negative expectations of the Victim mentality force the prospect to be the Persecutor. Assuming you are the Rescuer causes your prospect to be a Victim. In turn, this gives rise to a negative emotional reaction which will be associated with you. Salespeople who operate from any position in the Drama Triangle are usually worrying about the future, hanging on to old past hurts, and bringing the feelings from their bad past sales experiences into their present reality.

The Winners' Triangle liberates you from those prejudices. You come at a problem with positive expectations and preferences. So, the reality you perceive is positive, and you can offer a rational response in the face of all adversity because you are fully present and have learned to let go instead of being dragged down by fear, prejudice or selfish-self-interest.

Learn more about powerplays, games, risk, failure, and the building blocks of success in our new course, No Guts No Gain.

Marcus Cauchi is a licensed Sandler trainer located in the southeast region of the United Kingdom where he has been successfully serving his clients since 2004. He is an engaging and challenging speaker on sales, sales management, company turn around, achieving maximum cash at exit and successful recruitment of salespeople. Marcus has trained thousands of salespeople, managers and business owners across 400+ sectors of the market.
Share this article:

Fear of Technological Change Can Help You Sell

Turn Bad Times to Your Benefit