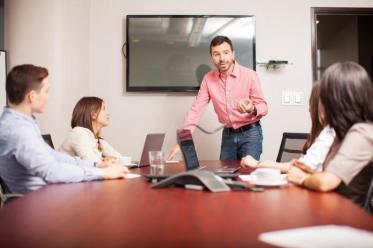 Holding your people accountable is simple. In working with sales leaders around the world, accountability isn’t easy because those leaders possess one of three self-limiting beliefs that cripple their accountability program. 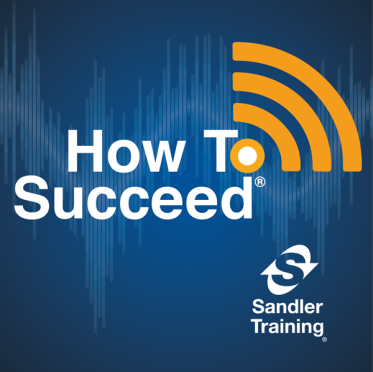 How to Succeed at Role Play

Role play is one of the best methods for developing your people, but salespeople loath role play and managers shy away from it, because it often becomes an exercise that leaves participants frustrated. Putting role play through the lens of David Sandler’s Success Triangle – attitude, behavior, and technique – both managers and salespeople could role play more effectively and increase both their role performance, outlook, and technique.

A leader's only valuable is their time, which is too often wasted on activities that don't generate a good return. A leader's number one asset is their people, which are too often left to waste with no clarity around expected behavior or a path to advancement in their organization. To make the best use of their only valuable and achieve the greatest return on their number one asset, Sandler recommends a leader invest at least 50% of their time each week with their direct reports, splitting their time amongst the following four activities.

Why You Will Want to Adapt Your 30-Second Commercial

All salespeople with a small amount of experience have a 30-second commercial (a.k.a elevator pitch, popcorn introduction, etc.) down pat. And that's the problem.

Many leaders, especially if they were promoted from within, struggle with performance management. Not because they are bad leaders, but because they easily slide back into "doing" instead of "leading".

The Cure for Straight Line Selling

Why Creating Clarity is a Leader's Most Important Task in 2015

A leader's most important task is to create clarity for themselves and their organization. Without personal clarity life satisfaction decreases and complacency sets in. Without organizational clarity productivity suffers and turnover increases

Think back on your sales appointments over the past two weeks. How often did you use each of the following: "is there anything…" "could you…" "would you…" "can I" "I'll follow up on… does that work for you?" Each of those questions creates an automatic reflexive (Pavlovian) response in our prospects. The response to the first four is typically "no" and to the last one is "sure (but I won't answer)"

How to Achieve Your Goals by Tricking Your Brain

May 15, 2014 by Hamish Knox in Professional Development

Your brain can be an enemy or an ally in achieving your goals, but because of the way we talk about our goals we often turn our brain against us. The average human brain is about 2 percent of our total body weight, yet it consumes 20 percent of the energy we burn daily. Because our brain is such an energy pig, it guards against threats that could reduce the amount of energy available to it

How To Overcome Ambiguity, Anxiety and Fear in Your Sales Calls

If you are unaware of the relationship between ambiguity, anxiety and fear, then you are probably lengthening your sales cycle and reducing your close rate. When you sit across from a prospect, no matter how long or personal your relationship, you are still a salesperson who your prospect fears will sell them something instead of allowing them to buy